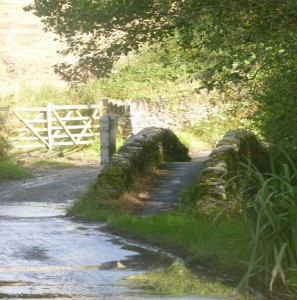 Nestled among unspoilt wooded valleys and the beautiful countryside of North Devon, the village of West Down is 450 feet above sea level and only 4 miles from the coast.  In the heart of the village there are still some cobble-stoned pathways and quaint little 17th century cob cottages with slate roofs.

West Down benefits from a thriving community spirit, with many clubs and activities taking place and the Iron Room,  Community Shop, Parish Hall and the Community Field all instigated and overseen by local volunteers.

Right up until the early 1900s, West Down enjoyed a degree of self sufficiency with tradesmen and craftsmen living and carrying out their businesses from their homes within the parish; i.e. masons and stonemasons, dairymen, carpenters, wheelwrights,  blacksmiths, millers, bakers, shopkeepers, shoe and boot makers and numerous farmers.

There were also five public houses, which were not only used for socialising but as the focal points for trading:- The Kings Arms, The New Inn, The Blue Anchor, The Foxhunters Inn and The Crown Inn, of which only The Crown is still successfully trading.

West Down Church, St Calixtus, in the centre of the village, was built in the 14th century and boasts Norman origins, as evidenced by the font and some of the stones used when over subsequent years the structure has been modified or rebuilt.  Built into the tower in 1712, the clock, which has recently undergone major restoration work, is reputed to be one of the oldest working clocks in Devon.  For generations, West Down Bell Ringers have held a long standing reputation of being among the best in the county.  The present team continue to sustain this status and regularly ring the church bells for services, weddings, funerals, national celebrations and competitions. 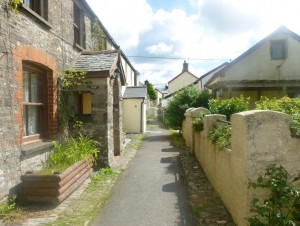 In 2012 a Celtic Stone, inscribed with the name ‘Guerngen’, thought to be more than 1,200 years old was discovered by a West Down teenager who reported his find to the North Devon Archaeological Society.  The stone was taken to Barnstaple’s Museum for investigation and is believed to possibly have been a memorial pillow stone that had been made from local sandstone and placed at the head of a grave in the 7th century.  This relic from the Dark Ages is one of only two that have been discovered in the whole of North Devon.

In its’ enviable position, within easy access of some of the region’s most beautiful sandy beaches, peaceful coves, stunning cliffs, scenic walks and the rugged charm of Exmoor, West Down is  appreciated as a haven for wildlife, flora and fauna, by visitors and residents alike.